Mexico is one of the most popular tourist destinations and has fantastic panoramas. This one country not only has one type of tourism but various tours to be explored. 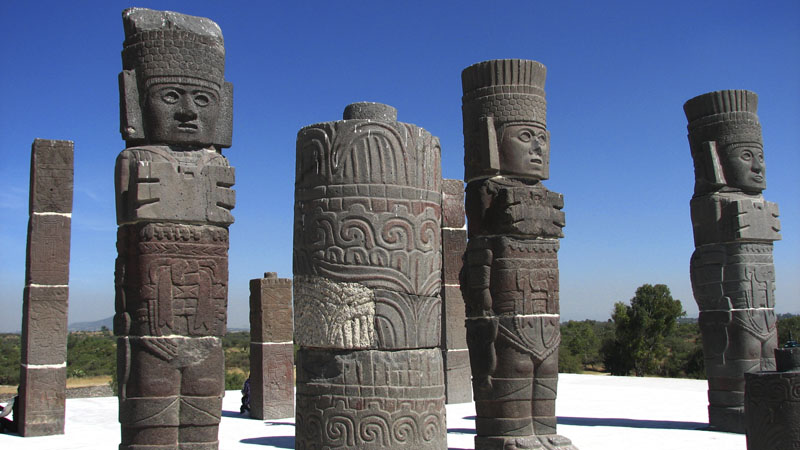 One of them is the Cenote Ik Kil, a giant well Mayan relic in Mexico. This place is believed to be the gateway to the hereafter and is now a beautiful pond and one of the popular tourist destinations in Mexico.

In fact, the Maya tribe has always been an interesting conversation. The unique prediction or pyramid shape is the main attraction to see the remnants of its civilization in Mexico. Cenote Ik Kil is located not so from Chichen Itza or known as the Mayan pyramid in Valladolid, Yucatan peninsula, Mexico.

Cenote means a well, and the water surface of Cenote Ik Ki is about 25 meters above ground level. Has a diameter of 60 meters and a depth of 35 meters. The Ik Ki Cenote is actually a source of fresh water in the land where the Mayans used to perform rituals there. They threw sacrifices or various treasures into Ki Cenote Ik as a form of gratitude to the gods.

The ruins of the ancient Tollan city that are still left at this time are castles, fields, and 3 fields which form cut pyramids. Tourists can also see a 4.6 m tall statue in a column-shaped like a human figure called the Antlatean or Los Antlatis

Oaxaca not only offers amazing views but also the uniqueness of Mexico with its culture and traditions. In Oaxaca people of Spanish and Indian blood have coexisted. Uniquely, Oaxaca has not been touched by modernity and development like in a big city. The Guelaguetza Festival is held every year and falls in July which shows many local dances, costumes, and music. Don’t forget to enjoy the unique cuisine and crafts of Oaxaca.

There are many more interesting tourist destinations in Mexico, you can visit the White City of Yucatan, the historical center of the city of Mexico, Barranca del Cobre, and the coast of Baja. One of the most recommended activities is swimming and snorkeling at the famous El Arco de Cabo San Lucas site where the Sea of Cortez meets the Pacific Ocean