Narita airport is the most popular option for international flights going to and from Tokyo. However, the central of the Tokyo metropolitan city is closer to Tokyo’s other airport, which is Haneda. Which one should you go to when you plan to travel to Japan and arrive in Tokyo? While distance is a huge factor, your choice would depend on several factors. 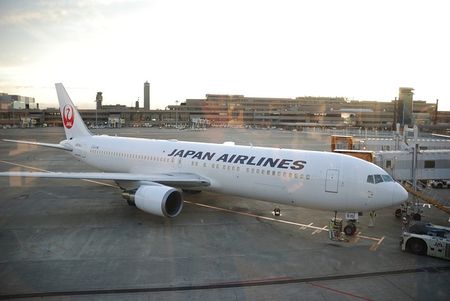 Generally, Narita airport is handled a majority of international flights. It would likely have more options of flights to and from your home country compared to the Haneda airport. Check with your preferred airlines.

You can also try to get to do an early flight search to get the general idea of the flight availability to and from your place. It’s worth noting that the Narita airport is located in Chiba prefecture. So if you’re not planning to go to the Tokyo 23 wards right away, and instead stayed in Chiba, then Narita would be ideal for you.

The 23 special wards are what is commonly referred to as the Tokyo Metropolitan, as the Tokyo surrounding area and borders are somewhat blurred.

The difference in duration is not by a significant amount. Haneda to the central Tokyo, let’s say, Shinjuku Station, took approximately 45 minutes via the subway. While Narita to Shinjuku Station took around 1 hour 15 minutes roughly with the same method of transportations.

While Chiba is home to Narita, the Haneda airport is located in Ota, Gunma Prefecture, approximately 30 minutes to 1 hour ride away from the Tokyo metropolitan.

Ota is closer to the Tokyo 23 wards. So whichever ward you plan to arrive in, Shinjuku, Ikebukuro, Shibuya, and so forth, Haneda would be the obvious option when distance is taken into consideration.

Shopping and dining within the airport

The facilities such as airport lounges as well as shops lining the area are in the Haneda airport is simply on a different level compared to Narita.

Haneda definitely wins on many aspects when seen from the perspective of comfort. There are several illumination inside the Haneda airport especially during the autumn approaching winter.

Christmas illumination of bamboo trees with its sparkling lights are simply gorgeous at any time of the day. They look at their best during the night time when the airport staff switched off most of the airport lights.

The only way to actually compare the two of them is to experience them yourself! If it is not too much trouble for you.

If you can’t afford arriving at the Haneda airport to experience its beautiful layout and overall dining and shopping experience, then try to take Haneda for your flight home. Or vice versa.