Now while the sheer idea of the novelty of Bhutan may entice abundance of tourists some things may make you reconsider. 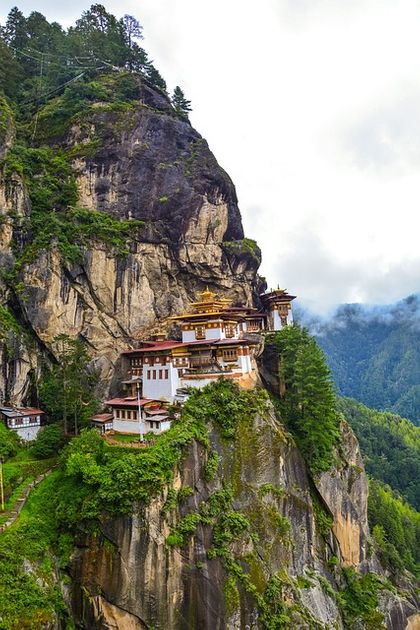 For example, going around with a tour guide is not everyone’s idea of traveling. If you’re not keen on this particular idea, then this may make you reconsider visiting Bhutan. Let’s take a look at some of the basic things before you decide to visit the hidden gem.

You will always be accompanied by a local guide

Tour guides may be the thing of the past. Even more so travel guides, as modern tourism and information technology rendered the traditional travel-guiding basically out of demands. At least that is the case in so many Asian countries.

But in Bhutan, you cannot get around without an authorised local tour guide accompanying you.

The obligatory tour guides may not be so bad after all?

The kingdom is a largely uncharted territory from the outside world. The arrival of the internet and televisions is not until 1999, that is well behind from… basically the rest of the world. So does cell phones and you can imagine so many other technology.

With the place being basically unknown from the rest of the world, Bhutan can be a challenge to navigate. Could it be that we outsiders, do need a tour guide, after all? And not just to explain us history, culture, and Bhutanese trivia; but to help us navigate the place.

Fixed itineraries! Love it or hate it, it’s in place.

This is one of the things that may deter people from going to Bhutan. Fixed itineraries decided by other people. Ouch. Who wants that. If you’re not fond of this idea, this may be a deal breaker for you.

But before deciding that having fixed itineraries for you is a bad thing, it’s important to remember that Bhutanese majority is practicing Buddhism. There are numerous places that are religious sites.

These religious practices may be disrupted by outsiders who are not familiar with its customs. There are customs that you are most likely not familiar with. And having a local always with you is a good thing.

Bhutan is not the place for budget travel

Too bad for us cheapos. The fixed price tag for entering Bhutan is used to deter low-cost tourism as well as to limit the number of tourists coming. And that makes Bhutan quite pricey. How much does the visa for Bhutan cost? Almost 2,000 USD for 5-6 nights per person.

Or more precisely, $200 to $250 per night, per person. That’s quite insane. But hold on. This “visa” is apparently all-inclusive. Paying that amount, you get so many things.

From the high amount of deposit you’re paying, you’re going to get: a minimum accommodation 3-star hotel, meals from breakfast until dinner, all of the transport excluding internal plane transport, taxes and other charges, an authorised local tour guide for the length of your stay, and even camping equipment!

Through that fee, you also get to pay a fee to help the development of Bhutan, the country that gives free access to education and rudimentary health care.